An important part of owning a smart home is understanding how all your devices will connect and work together. While not the most fun decision you’ll be making, it’s an important one.
Rob Green 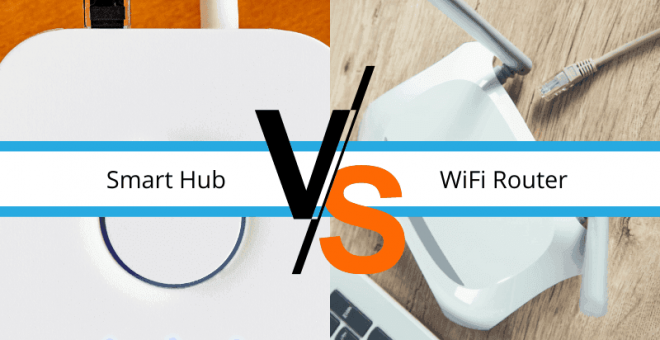 An important part of owning a smart home is understanding how all your devices will connect and work together. While not the most fun decision you’ll be making, it’s an important one – so with that said we’ve tried to make this article as easy to digest as possible.

As you probably guessed from the title, there’s two main technologies for connecting your devices.

WiFi routers are the most popular choice for many people starting in the smart home space, if only because they already have a router in their home.

Hubs on the other-hand have certain advantages over a router, but at the cost of added expense, additional hardware and more complexity. Let’s take a quick look at what a hub offers.

What is the purpose of a hub?

For your home to be truly smart, you’ll need to ensure that:

Hubs accomplish both, making them a great option for homeowners. However, one thing to note, they do need to be connected (via a cable/wireless) to your router for internet access.

So what’s the point of hub, why not just connect your devices straight to a router? Two reasons.

That said, technology is constantly changing and it’s now possible to semi-replicate what a hub does, by using a WiFi router to connect your devices and software (e.g. smart assistant/IFTTT) to get them working together.

For a lot of owners, a hub might not be worth the time to setup and hassle of making sure that your next device is compatible. Though if you’re after a more advanced smart home setup, which includes sensors, you might want to look more closely at getting a hub.

Everything connects – Zigbee vs Z-Wave vs WiFi

While a router uses WiFi, hubs use a more smart home focused wireless protocol such as Zigbee and Z-Wave. Now let us preface this by saying there’s nothing wrong with using WiFi to connect all your devices, it just isn’t ideal when you’re connecting ten’s or hundreds of devices as they can cause interference.

Hubs use Zigbee / Z-Wave over traditional WiFi for several reasons, here’s some of them.

Low power draw makes Zigbee / Z-Wave ideal for devices such as sensors that use batteries for power. The fact they don’t interfere with WiFi means you can install hundreds of devices in your home, and not worry about your phone or laptop dropping its connection.

WiFi on the other hand has the added advantage of being in your home already (most likely) and being better at transferring large amounts of data – which is great for devices such as cameras.

Now we have everything connected, let’s look at what your options are for getting them to work together. And by work together we mean how devices communicate and interact with each other, for example if you want your motion sensor to trigger your lights.

So what should you use?

Before we start, let’s go over a quick summary of the two main smart home setups.

In its most simple form, you’ll likely end up with one of the scenarios above or you could go more complex and have a hybrid of the two.

Why you’ll want to choose a router (WiFi) setup

You’re just starting out or want to keep it simple.

With devices connecting straight to a router you can use the associated apps to control and setup automations. And if you’re looking to have all devices work together, you could purchase a smart speaker or use software like IFTTT.

There’s quite a lot of WiFi devices on the market right now, so you’ll have plenty of options when deciding which smart light or smart vacuum to choose.

Why you’ll want to choose a hub setup

Hubs are great at connecting devices and making them work together, from simple to advance automations. This does come at a cost, with additional hardware and the need to connect it to your router for internet access.

With support for Zigbee and Z-wave, the amount of devices you can purchase for your home goes up by several thousand, with over 3500 Zigbee and 2100 Z-Wave certified devices on the market.

Getting into smart lighting? We can’t stress enough that getting a hub is near crucial for the reasons listed in the graphic above.

Having individual lights, switches and accessories connected to your WiFi is just asking for trouble. It’s hard to express the pain you’ll be in if you ever change the WiFi password or the whole router.

WiFi just gets complicated when more than a handful of devices are connected to it, so for smart lighting, stich with a hub from the company you’re getting your lights from (e.g. Philips Hue) or get a more generic (but just as good) hub like the Samsung SmartThings v3 Hub.

Acts like the “brain” of your smart home, connecting compatible devices together, allowing greater control.

If you’re after a particular brand of smart lights, we recommend you look into their hub for greater control. While they can be purchased separately, you should look for “starter packs” as a way to get the hub and some lights in a bundle.

If you’re still unsure about getting into the smart home space, then stick with a simple router setup, look for devices that connect via WiFi and use a smart assistant to get all your devices working together (important: make sure the devices support your chosen smart assistant!).

Hubs are great for more complex smart home setups, where you want to automate many, many devices or include sensors into your home. That said, even simple smart home setups could benefit from a hub depending on what you’d like to do. 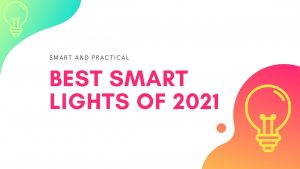 Smart lighting gives you more control and interactivity. Installing smart light bulbs is a dynamic way to transform the ambience of your home, save energy and conveniently adjust your lights via your smartphone or voice-activated assistant. 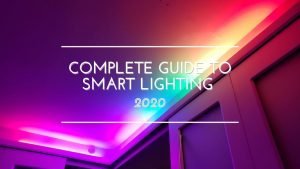 Complete Guide to Smart Lighting in 2021

Covering everything from what Smart Lighting is, it’s uses, benefits and our recommendations. 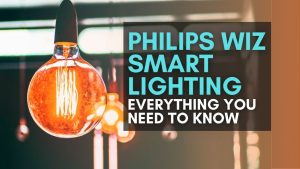 Everything you need to know about Philips Wiz Smart Lights

Not a direct competitor to Hue range, how do they hold up? Are they worth your time and money?

Packed with helpful tips, tricks and guides on the products you already own, or may own in the future.

Keep informed of Smart Home trends and the latest news.

We use cookies to ensure that we give you the best experience on our website. If you continue to use this site we will assume that you are happy with it.Ok